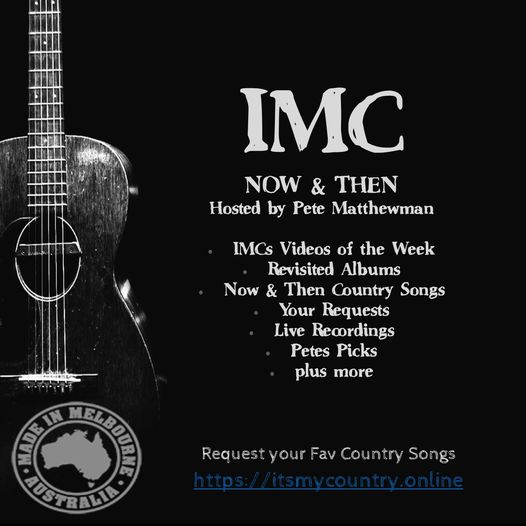 It's My Country with Pete Matthewman

Now & Then is hosted by Pete Matthewman

The show will consist of music from

My name is Pete Matthewman and I hail from Brookfield a smallish country town about 50km west of Melbourne in Victoria, Australia.

My love of country music started about 10 years ago, when I was introduced to Rascal Flatts and ever since that day I have been hooked.

When I started MCA it was predominately-American country music that I played for first 4-5 months.

I have found that Australia has some of the best country music artists going around and they then took up most of the show. MCA has now been retired and I have started ‘It’s My Country’ a 24/7 Online Country Radio Station and as an off shoot from that IMC Now & Then was born.

Episode not found. The most recent episode will be shown instead.

­
­
­
Search playlists
You currently don’t have any tracks for this episode. You can add tracks below.
Are you a community radio program maker? Apply here for your own program page.

Please enter words from the artist and/or track name in the search box above.
Want more results? For full airplay results register here.